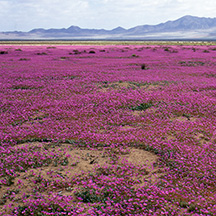 During antiquity, someone who claimed that the foundation of nature is irrational, not understandable to our intelligence, would not have been taken seriously. Philosophers were trying to find logical explanations for our world. Quantum physics and cosmology today are claiming phenomena, which are irrational and paradox (non-causality, non-locality, time travel, cosmic inflation, all energy and matter starting from an atom sized big bang singularity). Is this still understanding, when we really do not understand? Why, then, all the efforts? Fundamental science has apparently lost the humour and lightness to admit such simple questions. Not nature may be irrational, but our models for understanding it. I feel that searching for rational explanations is rewarding, because there is always the possibility that one will finally understand.

Starting from 1994 a stunning idea about energy fascinated me and conduced me to write a book (Energy Time and Consciousness, Book Ref. 10) with the expectation to get tangible answers to some of these fundamental questions.

Fig.: In 1972 I drove from Santiago de Chile north for a project in a copper mine. I had rare luck: Shortly before the El Niño current had brought rainfall and the Atacama desert was flowering over a distance of 1500 kilometers.