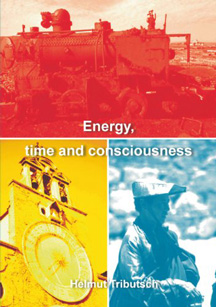 For our present scientific understanding energy has the capacity to do work, but no interest. Time flow, on the other hand, is not the consequence of energy turnover, but an illusion. This was different for ancient philosophers, but also for religious understanding. God Shiva, with his powerful dances was, for example, continuously changing the world and driving time. Our concept of energy, in fact developed from the ancient search for something stable and constant within all changes in the environment. Energy turned out to be that conserved quantity. But, strangely, in modern time it had lost any relation to change. The book tries to learn, what happens, when we change energy from a static to a dynamic quantity. Also the search for a quantum understanding without paradoxes and irrational assumptions like lack of causality and non-locality motivated the search for a “dynamic” energy concept: for an energy with the inherent tendency to decrease its presence per state. It turned out that the main quantum paradoxes could thus be eliminated. A time-oriented energy processes could also get involved in feedback processes, which are able to distinguish between “before” and “after”, and thus in self organization processes. This is not a trivial thing with a time invertible physics and a time which is an illusion. Since information has an energy content, time oriented information processing would equally be possible. The consequence would be the existence of selforganized information. Like selforganized (living) matter, such selforganized information would in the hieralchical order stand way above mere computation (or ordinary matter). It could create a self organized information image of ourself. It must be our counsciousness.