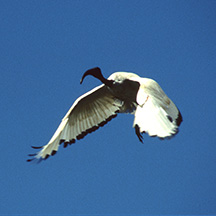 What if energy would have a dynamic character?

As learned physicist I felt uneasy by the fact that important aspects of quantum physics are irrational to the human intelligence, while the mathematical framework appears to work.  Non-locality, absence of causality, super light velocity communication and thus an apparently irrational basis of nature are not easy to digest. The same is true for the conclusion of modern science, deduced from relativity theory, that time is only an illusion. But moving around in nature gave me opportunity to think.

Starting from 1994 I tried to understand  the development of our energy concept beginning from antiquity. It started because ancient philosophers were interested in something which remained conserved within all the changes going on in our world. Much later energy turned out to be the answer. While everything else changes energy is conserved. However energy, as modern physics defines it, has lost any relation to change. How can this be, if it is a property of a steadily changing environment? Energy, as it is handled now, has only the capacity to do work, but no interest.  It is a so-called scalar, a number, not a vector, an oriented quantity. Additional mechanisms have to be invoked for energy to become active. I felt that this may be a deficiency in present understanding and studied, what would happen, if energy would have dynamic properties and thus a relation to time (Book Ref. 10). This seems to be reasonable, since nothing can change without a turn-over of energy.

Fig.: This picture of a flying Ibis (Threskiornis aethiopicus) in South-Africa demonstrate dynamic properties, exactly what our science does not expect from energy.